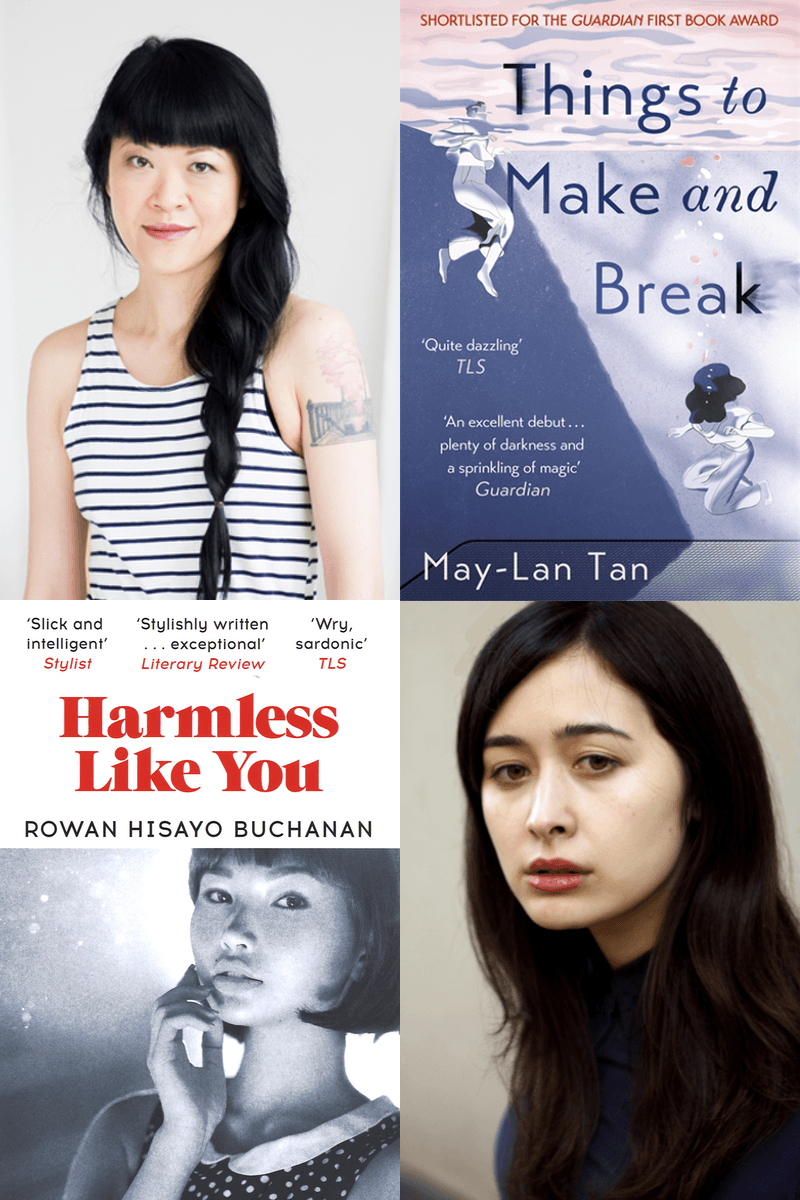 Join us as we welcome May-Lan Tan to read from her debut short story collection, Things to Make and Break. She’ll be joined by Rowan Hisayo Buchanan who will be reading from her own work before a discussion between the two authors.

A motorcycle courier finds a cache of nude photos in her boyfriend’s desk. The daughter of East German emigrants encounters her doppelgänger, who has crossed another cultural divide. Twin brothers fall for the same girl. When a stripper receives an enigmatic proposal from a client, she accepts, ignorant of its terms.

Shadows, doubles, and the ghosts of past and future lovers haunt these elegantly structured and often hallucinatory stories. The language is hypnotic, deadpan, intense; the sentences jewel-hard and sublime. Things to Make and Break is the work of a stylish, exuberant new voice in modern fiction.

May-Lan Tan is a British Chinese writer based in Berlin. She studied fine art at Goldsmiths and works as a ghostwriter. Her stories have appeared in Zoetrope: All-Story, the Atlas Review, the Reader, and Areté, and her collection Things to Make and Break was shortlisted for the Guardian First Book Award. Recent projects include illustration, electronica, and durational performance art. She’s writing a story collection and a novel.

Rowan Hisayo Buchanan is a Japanese-British-Chinese-American writer. She is the author of Harmless Like You. Her short writing has appeared in, among other places, the Guardian, Granta, Guernica and The Harvard Review. She has a BA from Columbia University, an MFA from the University of Wisconsin-Madison, and is working on a PhD at the University of East Anglia. She has received a Margins fellowship for the Asian American Writers Workshop, and residencies from Gladstone Library, Hedgebrook, and the Edna St. Vincent Millay Colony.