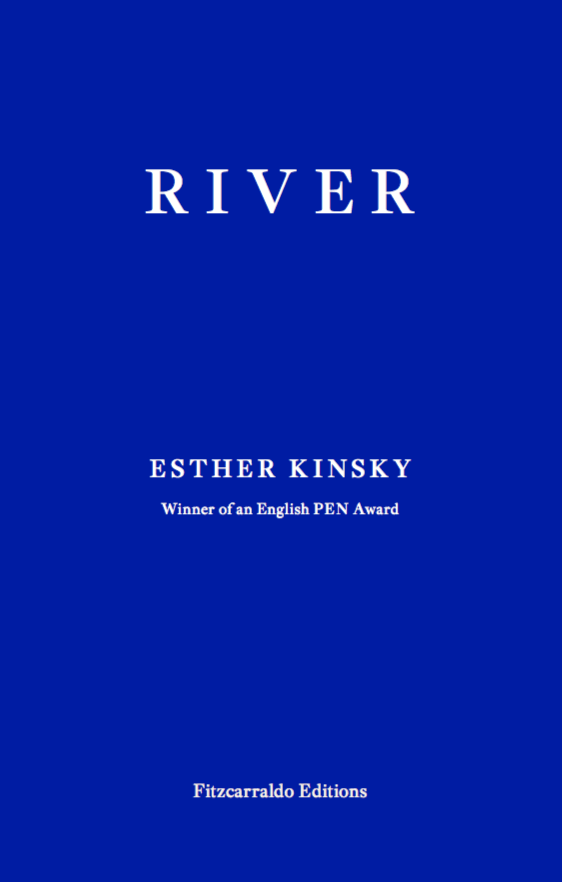 [siteorigin_widget class=”SiteOrigin_Widget_Image_Widget”][/siteorigin_widget]
Please join us for the London launch of River by Esther Kinsky (translated by Iain Galbraith.) Esther will give a short reading, and there will be drinks. The event is free to attend but please do RSVP using the link below.
‘After many years I had excised myself from the life I had led in town, just as one might cut a figure out of a landscape or group photo. Abashed by the harm I had wreaked on the picture left behind, and unsure where the cut-out might end up next, I lived a provisional existence. I did so in a place where I knew none of my neighbours, where the street names, views, smells and faces were all unfamiliar to me, in a cheaply appointed flat where I would be able to lay my life aside for a while.’
In River, a woman moves to a London suburb for reasons that are unclear. She takes long, solitary walks by the River Lea, observing and describing her surroundings and the unusual characters she encounters. Over the course of these wanderings she amasses a collection of found objects and photographs and is drawn into reminiscences of the different rivers which haunted the various stages of her life, from the Rhine, where she grew up, to the Saint Lawrence, the Hooghly, and the banks of the Oder. Written in language that is as precise as it is limpid, River is a remarkable novel, full of poignant images and poetic observations, an ode to nature, edgelands, and the transience of all things human.
‘River is an unusual and stealthy sort of book in that it’s the opposite of what it appears to be – which is a rather apt dissimulation, as it turns out. Yes, it rifles through both the rich and rank materials of the world, turning over its trinkets and its tat, in a manner that is initially quite familiar – however, this curious inventory demonstrates an eye for the grotesque and does not hold the world aloft, or in place. Here, details blur boundaries rather than reaffirming them, positing a worldview that is haunted and uncanny. Shifting through unremarkable terrain we encounter the departed, the exiled, the underneath, the other side. We are on firm ground, always; yet whether that ground is here or there, now or then, is, increasingly, a distinction that is difficult and perhaps irrelevant to make. Sea or sky, boy or girl, east or west, king or vagrant, silt or gold; by turns grubby, theatrical, and exquisite, we are closer to the realm of Bakhtin’s carnival than we are to the well-trod paths of psychogeography. Kinsky’s River does indeed force us to stop in our tracks and take in the opposite side.’
— Claire-Louise Bennett, author of Pond